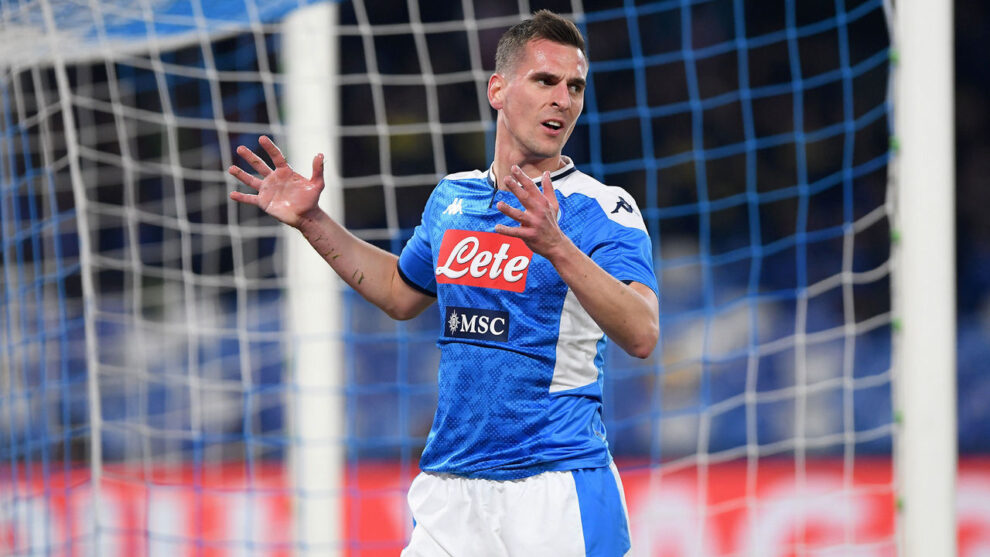 Edin Dzeko and Arkadiusz Milik could soon be on the move.

AS Roma have held talks with Juventus about selling Dzeko to the defending Serie A champions, but the deal is on hold until the Giallorossi can secure a move for Napoli’s Milik, according to The Guardian’s Fabrizio Romano.

It’s understood that Dzeko, 34, has already accepted a contract offer to join Juve, while Roma are still waiting to see if Milik will agree to personal terms over a deal that runs until 2025, Romano adds.

Earlier this week, Romano reported that Roma reached an agreement with Napoli to sign Milik for €25 million, with add-ons included.

If Juve are successful, Dzeko – who had 16 goals and 11 assists last season – is expected to fill the void left by Gonzalo Higuain, who is reportedly close to joining Major League Soccer club Inter Miami.

Juventus were previously linked with Luis Suarez after it was reported the Uruguayan star was not apart of Ronald Koeman’s plans ahead of his first season in charge of Barcelona.

Suarez was left out of Barcelona’s squad for Wednesday’s friendly against Girona despite suggestions that he has been allowed to stay.