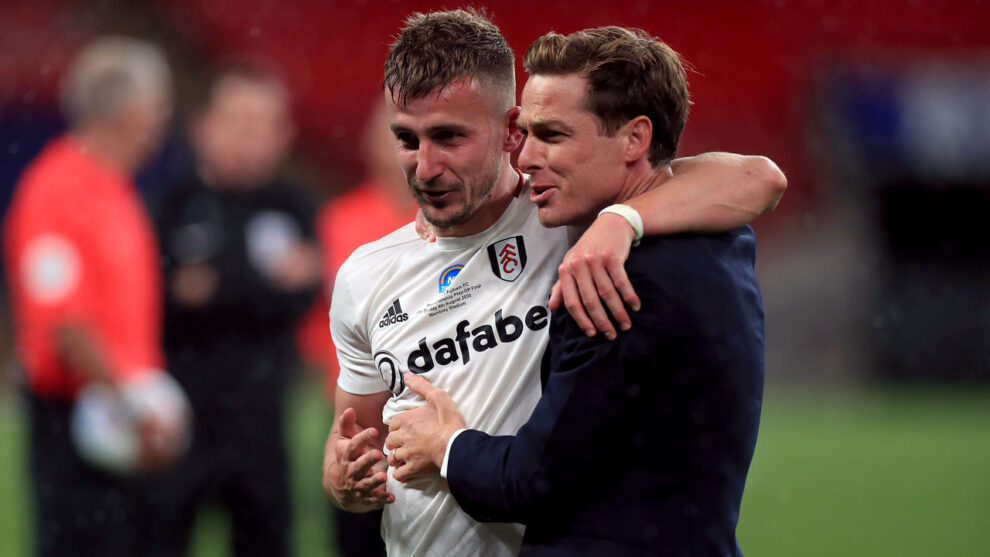 Fulham earned promotion to the Premier League on Tuesday thanks to an outrageous free-kick and composed finish by Joe Bryan during extra time of a nervy playoff final with Brentford.

A quick set piece in the 105th minute by the Cottagers’ left-back caught out Brentford goalkeeper David Raya from at least 40 yards. Bryan – who last scored in September – then made it 2-0 following a tidy one-two with Aleksandar Mitrovic.

Henrik Dalsgaard grabbed a late goal for Brentford, but there was no time to overcome Bryan’s first professional double as Fulham booked an instant return to the top flight following their disastrous relegation in 2018-19.

“I’m not the hero, every single one of them, fans and people around us who has been with us all season is,” Bryan told Sky Sports after the final whistle.

“We’ve been written off five, six, seven, eight, nine, 10 times. I think I read somewhere we were supposed to be scared of them.”

Fulham had the bulk of possession in the opening period while Brentford’s play lacked its usual zip. There were few genuine chances for either side, with Harrison Reed’s yellow card for a committed challenge on Christian Norgaard providing the biggest talking point. Had there been fans in the stands, those backing Brentford would’ve been calling for Reed’s dismissal – with some justification.

The nerves that regularly stifle Championship playoff finals were evident in the second half as well. Increasing pressure from Brentford may have prompted Scott Parker’s first Fulham change when he brought on Anthony Knockaert in the 81st minute. Mitrovic, the Championship’s top scorer who missed the semifinals through injury, seemed to warm up for an eternity before being introduced minutes before the match entered extra time.

The game opened up and errors became likelier as players tired in the additional 30 minutes. Tempers also began to fray, with Mitrovic pushing Emiliano Marcondes down by the throat during a set piece. The Serbian striker would’ve undoubtedly been dismissed if there had been video review.

Instead, Fulham scored from the same set piece after referee Martin Atkinson calmed the players down. Bryan later said he was following Parker’s instructions when he ambitiously aimed for the near post, his execution perfect as it caught out Raya. The Brentford shot-stopper was apparently anticipating a lofted ball toward the huddle of players in front of him rather than an effort on his mesh.

Bryan scored his second goal as Brentford piled bodies forward for an equalizer. The defender angled a run into the center, exchanged passes with Mitrovic, and executed a slick finish into the bottom corner.

There was barely time for kickoff after Dalsgaard converted his 124th-minute header.

“I can’t put it into words. It feels special. We got written off a bit this year, no one talked about us, they talked about Brentford and Leeds,” Fulham captain Tom Cairney told Sky Sports. “It shows the spirit in the dressing room, not many teams bounce back up.”

With the win, Fulham join Leeds United and West Bromwich Albion as the three clubs to clinch promotion to the Premier League in 2019-20.

10 storylines to watch as the Europa League returns to action


Ranking the 20 best players remaining in the Champions League